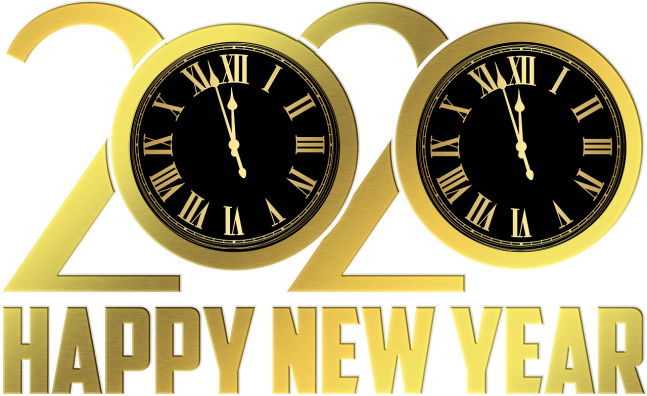 Proverbs 18:10 The name of the Lord is a strong tower; The righteous run to it and are safe. (NKJV) New King James Version

In July 1997, I visited Rockford, Illinois for the first time. I had recently buried my husband, and my father in law insisted that I come to Illinois. He was trying to offer comfort to me and my daughters while trying to understand his own sudden loss of his sons death from and aneurysm.

After a few days on the highway, I arrived in a new city that I’ve never seen before. He was awaiting our arrival and met me on the road. “ He said, stay put, I’m coming for you, and I’ll take you to the clock tower.”

Moments later, he and his wife arrived smiling and said follow us, let’s eat at the tower. I was so happy to be with my late husbands family. I felt strong, confident and bold. I felt that I was in a protected place with people who no matter my weakness were there to be a shield of protection for me and my small children. It eased my mind with clarity and direction in knowing that I had recently loss my soul mate, however his father exuded strength and assurance for me.

A tower is known for its height. The famous Leaning Tower of Pisa was built over 177 years. Shortly after building the 296 step tower, it began to sink into the ground. Close to a century later, taller floors were erected to provide balance and compensate for the for tilt of the building. The Eiffel Tower is in London. It was the most paid visited tower in the world. It was once hailed the tallest tower in the world, until the Chrysler Building was completed. It was the tallest building in the world for eleven months until the Empire State Building was completed in 1931.

As life has continued with me , I’ve had numerous challenges to overcome. With the demands of being a single parent, a child with a disability and numerous surgeries, a demanding work schedule, aging parents, and just the juggling act of keeping a balance life; my steps have been ordered by God. When I think about the initial meeting at the Rockford Clock Tower, little did I know that it would shape my life on a forever forging path. The symbolism of the Clock Tower:

1. Protection – Proverbs 2:11 “Discretion will protect you, and understanding will guard you. “ God will work it out for you.

2. Clarity – seeing things clear. Psalms 119:18 “ Open my eyes, that I may behold Wonderful things from your Law.”

3. Direction – Psalms 23:3 “He restores my soul. He leads me in paths of righteousness for his name sake.” (ESV)

4. Confident/Bold – Philippians 4:13 “ I can do all things through Him who strengthens me.”

5. Strong- Isaiah 40:29 “ He gives strength to the weary and increase the power of the weak.” Being strong is allowances to be able to stand through great force or pressure.

As you embark on your daily journey, lean on your tower. Ordering my steps by following Gods path has afforded me with guidance and movement. I’ve been given direction, boldness and movement. With movement comes change and development. What path are you on? Just like I arrived in a new city that I’d never seen before, I’m hopeful you’ll arrive into your newness as well.

I have a new e book on Amazon. Please get your copy.

Each week it is our desire at Healthy Hustle & Heart that you like, comment and subscribe. This is the site to add more wellness, healthfulness, delicious recipes, coffee talks and overall well being. Thank you for being apart of this site.

You Are More Than A Disability ⁠ ⁠ This is something I've been wanting to make for a while now. It's a reminder that I'm more than a textbook term. I'm valuable and I have something to contribute to this world. ⁠ ⁠ I hope you can relate, and you find this helpful on your own journey of self-love and self-discovery.⁠ ⁠ Share with someone who inspires you or is on their own journey! ⁠ ⁠ Check out the link in my bio to get a copy of this design. ⁠ ⁠ ★⁠ ★⁠ ★⁠ ★⁠ ★⁠ ⁠ #handlettering #typography #design #graphicdesign #typespire #handlettered #letters #inspiration #inclusion #ability #followus #disabilityawareness #mobility #differentnotless #wheelchairdontcare #leavenoonebehind #wheelchair #disabled #wheelchairlife #autism #bodypositive #selflove #bodylove #letteringadventures
Self-love really is a journey! It can be so difficult to even know how to get on the path to loving yourself. @schultzzie has really inspired my journey. It's so nice to see yourself represented in media. No matter who you, where you come from or what you look like, you should try to find something beautiful about yourself. ⁠ ⁠ Have you started your self-love journey? Do you have any tips that you might be able to share with someone who's new to self-love or not sure where to start? ⁠ ⁠ Photo Description: Cartoon style drawing of a girl licking ice cream on a cone. The phrase "Self-love is a journey" is written in the upper right corner of the mage. ⁠ ⁠ ★⁠ ★⁠ ★⁠ ★⁠ ★⁠ ⁠ #selfcare #love #loveyourself #wellness #inspiration #happiness #bodypositive #bodypositivity #bodylove #goodvibes #positivity #confidence #selfworth #selflove #effyourbeautystandards #honormycurves #celebratemysize #curvygirl #plussizewomen #digitalart #art #drawing #illustration #procreate #applepencil #ipadpro #artwork #drawingoftheday #digitaldrawing #illustrationoftheday
I'm trying something new! I want to work on improving my skills so I'll be practicing on some of my favorite people! ⁠ ⁠ This is all new to me so y'all jump in and help me out! Who should I work on next? Anyone that you know of any poses that would look interesting if drawn in a flat cartoon style?⁠ ⁠ ★⁠ ★⁠ ★⁠ ★⁠ ★⁠ ⁠ #illustration #artwork #creative #drawing #instaart #artoftheday #art #drawingoftheday #sketch #draw #illustrator #doodle #inkdrawings #design #graphicdesign #instagood #graphic #digitalillustration #digitalartist #photography #digitalart #ipadpro #applepencil #ipadlettering #ipadart #procreateart #procreateapp #moderncalligraphy #digital #calligraphy
Inner beauty should be valued above outer beauty. This poster is a reminder of just how important our inner beauty is and how outward appearances can change. If you believe in displaying your inner beauty this printable poster is a great addition to your life.⁠ ⁠ Check out the link in my bio to get this Beauty Fades poster. ⁠ ⁠ What are some saying you like to live by? Let me know in the comments! ⁠ ⁠ Don't forget to share this post with someone that focuses on inner beauty, love or kindness. ⁠ ⁠ Photo Description: A bright, yellow background with the words "Beauty Fades" in the center. "Beauty Fades" is in a paper cut out style with variations of blue, pink and purple paper cut pieces. ⁠ ⁠ ★⁠ ★⁠ ★⁠ ★⁠ ★⁠ ⁠ #lifelessons #quotestoliveby #positivequotes #quotesgram #qotd #designwithlove #wordsofwidsom #quoteoftheday #inspiringquotes #printable #wallart #printableart #homedecor #etsy #creative #etsyshop #walldecor #etsyseller #etsyfinds #home #creativepreneur #modernart #prints #homedesign #moderndecor #minimalistdecor #homestyling #papercutart #dowhatyoulove #womeninbusiness
We need to make every single day count! Wake up every day and follow your dreams. Remember: Shoot for the moon because even if you fail you'll land among the stars! This poster is a great daily reminder to Rise and Grind! Get up each day and hustle for it! You won't regret it!⁠ ⁠ Check out the link in my bio to get this poster! ⁠ ⁠ Are you a self-proclaimed hustler? Do you wake up every day for the daily grind? ⁠ ⁠ Comment below with your hustle/hobby and share this with someone who shares your love for the hustle and grind! ⁠ ⁠ Photo Description: A royal blue background with the words "Rise And Grind". The word "Rise" is in a medium pink text, the word "And" is in yellow text and the word "grind" is written in script in a light blue color. ⁠ ⁠ ★⁠ ★⁠ ★⁠ ★⁠ ★⁠ ⁠ #creativepreneur #creativehappylife #mycreativebiz #hustlehard #fempreneur #makersgonnamake #creativebiz #passionproject #supportsmall #handmadehappylife #successfully #motivationdaily #upgradeyourlife #typographylove #printable #instantdownload #printablewallart #printableart #printablequote #printables #homedecor #printabledecor #printabledesign #etsy #printablequotes #etsyseller #wallart #graphicdesign #etsystore #etsylove
If we all work together, love can change the world! The world around us is constantly changing, and there are so many small steps that we can take to spin the future in the right direction. The possibilities are exciting! This poster serves as a reminder to spread some love and change the world, one little bit at a time! ❤️⁠ ⁠ Check out the link in my bio to grab this Love Can Change The World Poster!⁠ ⁠ Photo Description: A red background containing the text "Love Can Change The World" with the word love in lighter red letters and the phrase "can change the world" in light turquoise letters. ⁠ ⁠ Do you agree? Can love change the world? Share with a person that makes you feel like love can change anything and conquer all! ⁠ ⁠ Comment below with your favorite quote about love! Let's spread those great vibes! ⁠ ⁠ ★⁠ ★⁠ ★⁠ ★⁠ ★⁠ ⁠ #printable #instantdownload #printablewallart #printableart #printablequote #printables #homedecor #printabledecor #printablelove #printabledesign #etsy #printablequotes #smallbusiness #etsyseller #giftideas #wallart #graphicdesign #etsystore #etsygifts #buynow #etsylove #art #creative #minimalist #etsyfinds #creativepreneur #modernart #moderndecor #minimalistdecor #prints